Both alligators and sharks have been in the news a lot lately for attacking people. But if the two were to fight each other, who would win? You’d probably say sharks.

Not if they were wearing swimming trunks. The Brentwood Gators won big against the Villages of Cherry Hills Sharks on Monday in a meet at Brentwood Swim Club. The Brentwood team routed the Wildwood team by 341 points.

For the Gators it was a nice rebound from a 23-point loss at Robinwood last week.

The Gators are 2-1 with two dual meets left before the conference championships. The team comprises about 150 swimmers and they’re coached by Tracy Baer.

All photos by Steve Bowman 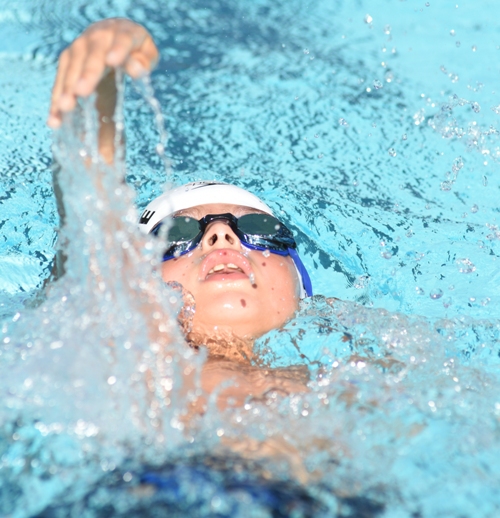