In its first swim meet of the season, the Brentwood Gators edged Missouri Athletic Club 286-279 on June 13-14 at the Brentwood Swim Club.

The meet was scheduled for June 13 but only 12 events were run before it was stopped due to an approaching thunderstorm. The remaining events were held June 14.

The Gators, with about 150 swimmers, compete at Robinwood on June 20 and are back home to face Cherry Hills on June 27 and Royal Acres on July 6. They compete at Castlepines July 11 and host Spirit Night July 13.

There are two meets to settle the conference championship: at Castle Pines July 15 for swimmers 11 and older and at Missouri Athletic Club July 16 for 10 and younger.

It’s the Gator’s first season under head coach Tracy Baer (formerly Hamacher), who succeeds 20-year coach Sean Dooley. She started her swimming career at Brentwood Swim Club in 1992 and went on to swim club level at Ladue, CSP and Rockwood. She was also a state finalist all four years at Saint Joseph’s Academy.

All photos by Steve Bowman 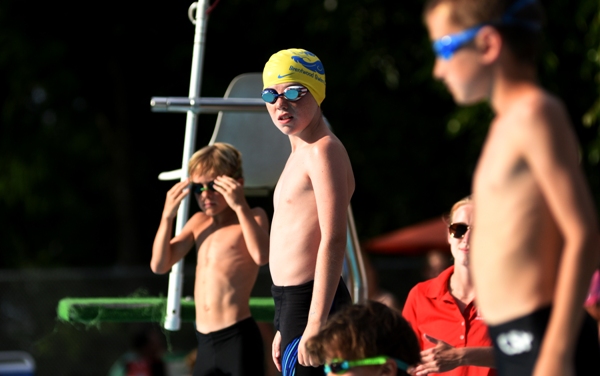 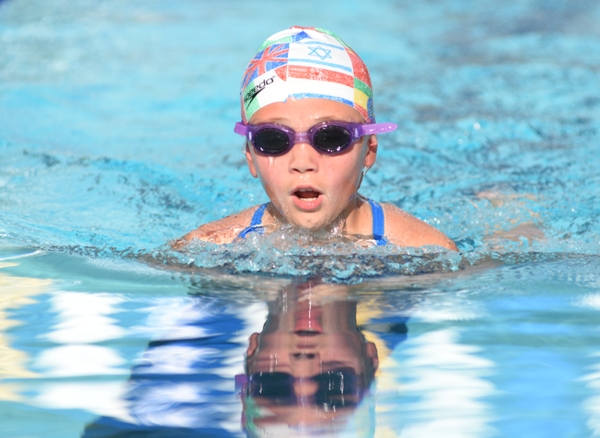 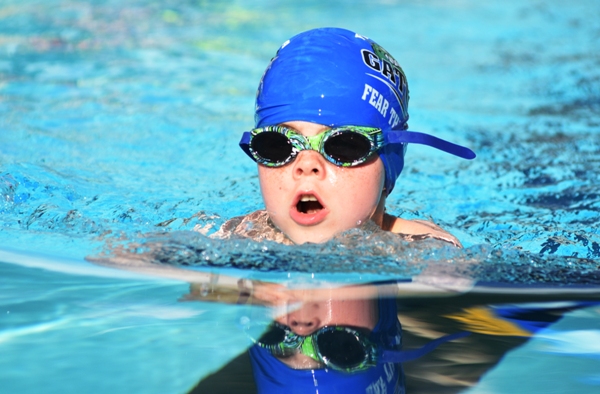 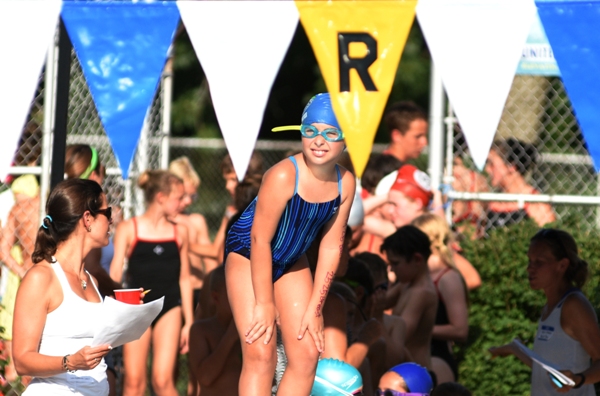 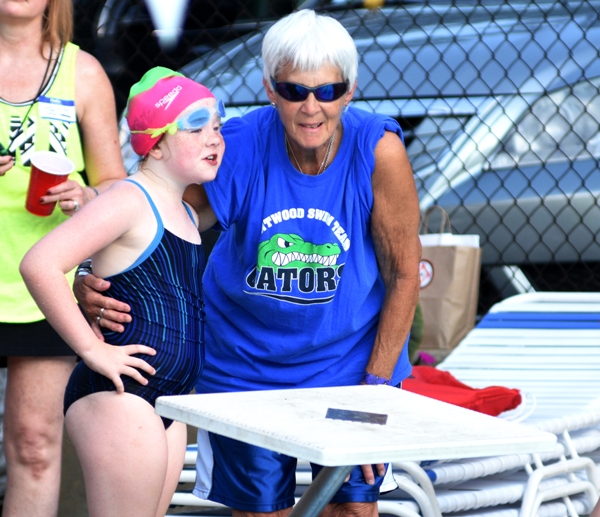 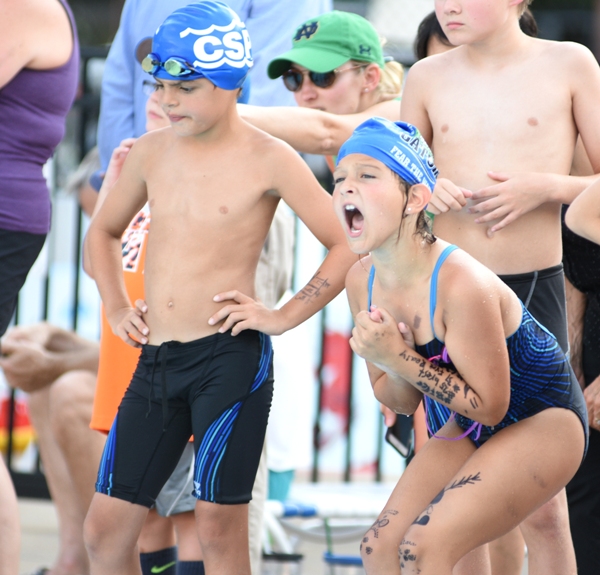 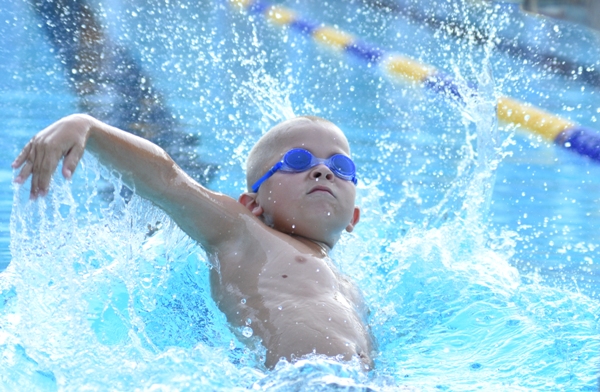 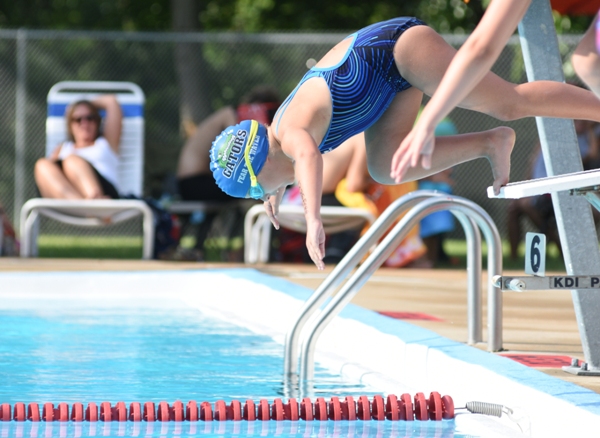 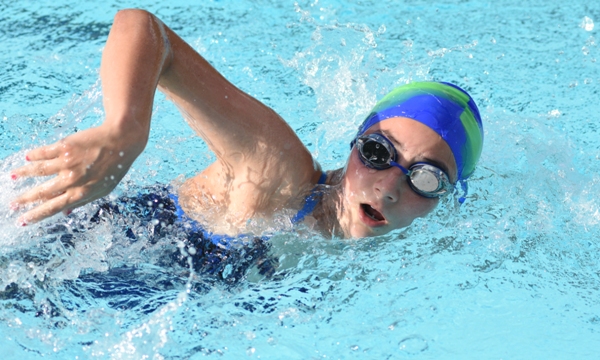