Like most big parties, Brentwood’s 100th birthday will require volunteers and fundraising.

The Brentwood Century Foundation held a public meeting on April 28 to update residents on its progress in planning the 2019 celebration, and to ask for fundraising ideas, volunteers and donations. They announced their new web page, at http://www.brentwood100.org, and said it will grow into a website.

“We plan to make it better but websites are not inexpensive,” said the group’s president, Brentwood Chief of Police Dan Fitzgerald.

The foundation is guided by a board that consists of Fitzgerald, vice president Ed Wright Jr., treasurer Diane Lee and secretary Toni Bowman. They would like to hear from residents before their next meeting, in June.

“We need not just fundraising ideas but volunteers, including those willing to lead those projects,” said Bowman, publisher of The Brentwood Spirit. “You’ll start to hear about fundraising activities in June.”

The tax-exempt Brentwood Centennial Foundation was formed last spring to gather resident input, plan the centennial and raise funds to make it possible. In February it received the city’s blessing when the Board of Aldermen voted unanimously to make it the official organizer of centennial events.

The April 28 meeting was held at the Brentwood Recreation Center and drew about 20 residents.

Wright, a retired BHS schoolteacher, said the celebration will consist of monthly activities leading up to a final “party of the century.” No specific events have been finalized, but ideas so far include a baseball game with 1919-era uniforms, public screening of a movie documentary about Brentwood, a parade, Brentwood trivia night and an art exhibit.

Fitzgerald told the audience to spread the word about the celebration, adding, “The centennial is for Brentwood. We want to involve people who’ve lived her five years or five minutes. It’s not just for longtime residents.”

Fitzgerald said a Twitter feed will be launched. The next public meeting will be this fall.

The group encourages those who have ideas for the centennial or would like to contribute money or get involved to send an email to Brentwood.Century.Foundation@gmail.com or paper mail to 9004 Harrison Ave. in Brentwood.

The town of Maddenville was incorporated as the Village of Brentwood on Dec. 15, 1919. 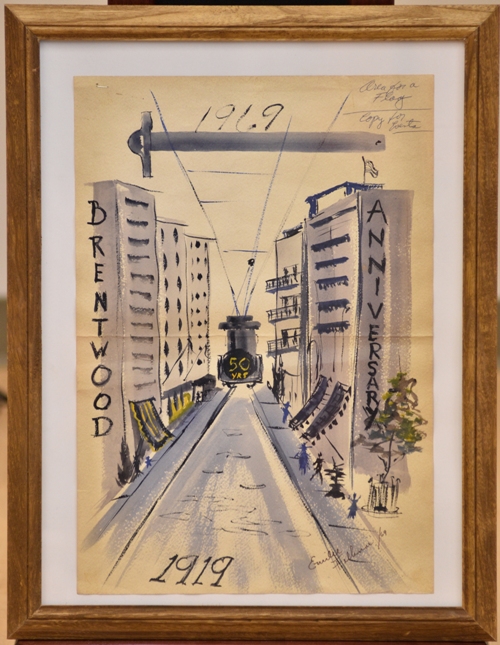