Five minutes had passed since his game-winning goal against Crossroads, and Aro Ntatin was still out of breath. That’s how big his shot was in sudden-death overtime last Wednesday at Principia’s McCandless Field. It advanced the Brentwood High School soccer team to the district title game for the first time in more than five years.

“It was so great,” the junior forward said, still gulping for air after his teammates had mobbed him on the field. “Man, I was happy.”

BHS lost 4-0 on the following night in the district championship against top-seeded Principia.

The Eagles had led twice in regulation but the Current tied it both times, sending it into overtime on Daniel Hudson’s penalty kick with 7 minutes 56 seconds left.

The last team to score often has the momentum in OT, but it took BHS only 5 minutes to find an opening. Quinn Evans had the ball near midfield when he saw Ntatin breaking toward the net with no defenders close. The pass caught up with Ntatin 30 yards from the goal and he closed to within 10 yards of goalkeeper Tyler Doll. A millisecond before sweeper Peter Hamilton arrived to disrupt the shot, Ntatin punched the ball to the right. Doll dived for it but it would have taken a pro to stop such a close shot.

The play was no happy accident.

“Their sweeper was even with me and was going to step to Quinn and I told Quinn to send it,” said Ntatin. “I just ran, it kept going and their sweeper almost caught up to me so I shot it and it went in.” 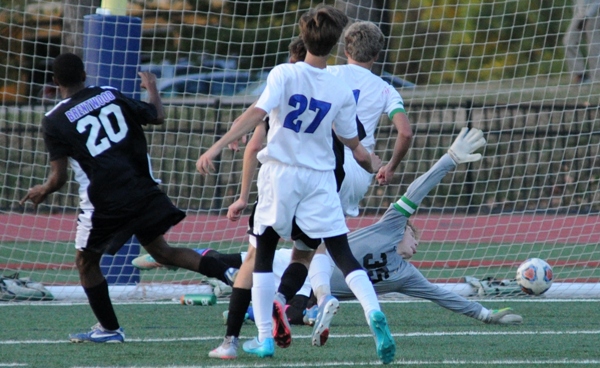 ‘Best win in my life’

The win felt like vindication for a Brentwood team that believed its record didn’t reflect how good it was. It entered the playoffs 9-11 overall, 0-2 to Crossroads and two places behind the Current in the final league standings. Add to that the overtime loss to Crossroads in the district semifinals last year, plus failure to make it to the district title game since before these seniors were freshmen.

“It feels great,” said Brentwood coach Cory Grage. “We knew we could play with them. The last time we played them, the 2-0 loss, we didn’t think we played a 2-0 game with them, we played a lot better than that.”

“This is probably the best win I’ve ever had in my life,” said senior Seamus Saunders. “This is as good as it gets. Last year we took them to overtime. I scored that goal to tie it up 1-1, then we lost it in the shootout. But this, it doesn’t get any better than this.”

Said senior Eddie Wright, “This is the best victory to be a part of. We’ve never beaten them in my high school career. We just kept the intensity up the whole game. If you do that you can beat anybody.”

Said Evans, a junior, “What a game. It’s for sure the best game I’ve ever played in so far.”

Brentwood made only two direct shots on goalkeeper Doll in the first half. Mahoto Sasaki took the first one 15 minutes in and Doll stopped it. Three minutes later, 22:14 before halftime, Evans took a pass from Ntatin and made it 1-0.

“I saw Aro head it, received the ball and I wasn’t off sides,” said Evans. “I just went for the pass and, yeah, I can’t remember the rest.”

“It was three or four just beautiful, unselfish passes right in a row,” said Grage. “Any of those guys could have taken the shot leading up to Quinn getting the ball. I thought Eddie was going to take it, then I thought Aro was going to take it. Come to find out Quinn was standing wide open right in the middle of the field.”

Kellen King tied the score for Crossroads midway through the second half, but 5:30 later Mahoto Sasaki put BHS up 2-1 off an assist by Evans.

“It was Quinn working hard down on the baseline and passing the ball,” said Grage. “Mo [Mahoto] received it, turned beautifully and got that half step that you need sometimes.”

Immediately after the game, Sasaki wasn’t yet certain that it was Evans who had made the pass.

“Someone just crossed it in and I got a foot on it, I settled it, and the sweeper wasn’t guarding me so I shot it and it went in the goal,” said Sasaki. “It felt amazing.”

Five minutes later, Crossroads was awarded a penalty kick when it was determined that Jake Burkhardt had gone through a player to reach the ball in front of his goal. With 7:56 left in the game, Daniel Hudson, with 10 goals on the season, put the ball past Justin Redfering to make it 2-2.

Redfering made two more diving saves to send the game into overtime. During the break before the extra period, Grage told his team that they had outplayed the Current thus far.

“We felt we sort of gifted them a couple of goals,” said Grage. “The long, long goal which, those sorts of flukes happen. And then what we thought was not a legitimate PK. We sort of provided them the goals so we stressed that. We said let’s not make the mistakes to give them goals anymore.”

A key part of the victory was holding the Current scoreless for the first 62 minutes of the game. Part of it was the play of senior goalkeeper Redfering, who ended with 12 saves. Part of it was being physical elsewhere on the pitch.

“For the first time we just did a good job of moving the ball and keeping possession,” said Saunders. “We just stayed on them, played them tight because they got frustrated when we played them physical. They kept complaining to each other and to the refs. That was the big thing. Just get them out of their game, really get on them.”

The Eagles ended the season at 10-12 but outscored opponents 40-32 and lost to only two fellow Class 1 schools. Having lost by either one or two goals nine times, the final 4-0 defeat by Principia was the season’s only blowout.

“We’re consistent across the field,” explained Grage. “Everybody is a decent athlete, everybody is a good player. We don’t have the holes that have been exploited in the past. By not having those things it’s made things a lot easier in terms of making sure we’re never getting blown out.” 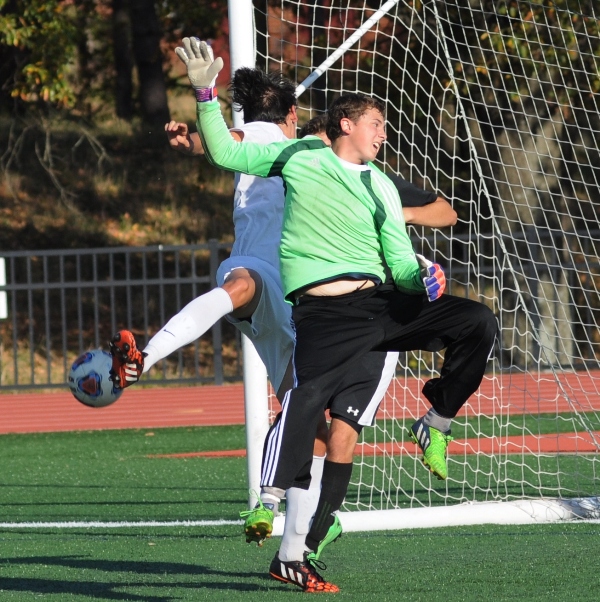 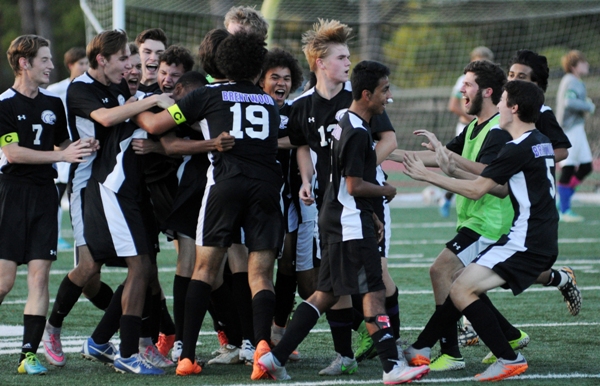 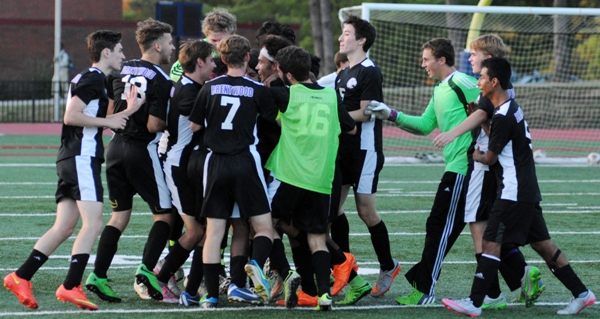